This year I didn’t fly pigeons. I change all the fronts lofts and made an aviary for them. I dedicate the rest of the time on breeding, my passion…

Sabbatical year, I only dedicate my time to the Derbys and breeding.

No contest this year 2012, but my father began with pigeons now, Domingo Diaz Hernandez, at Taco, at 76 years old, he is doing well in the Pigeon Club Taco, precisely in the lofts where I raced when I was a young boy, father is leaving the lavel high for the first year. Just finished the campaign remaining young birds with his 7 th classified and 1 th prize from 480 km, very good for young bird. This proves it’s never too late to start this exciting hobby.

Because of my job it is impossible to race my pigeons this year, God knows when I can begin again on the competition. On the Sundays I will be going to my Father´s Loft, where also my birds compete, birds that are doing very well, one more year. For that reason I sent this year to as many open loft I could, so I will be in contact with competition in another way. Results on them all will be noted on the following lines : 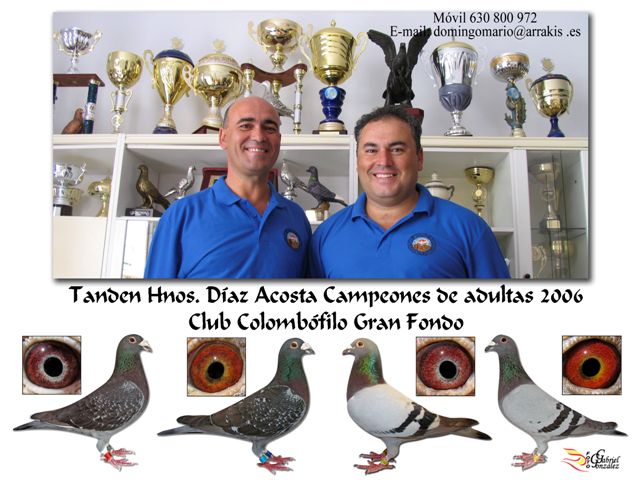 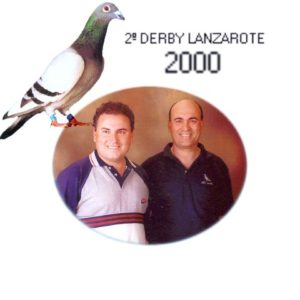 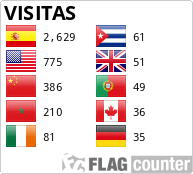